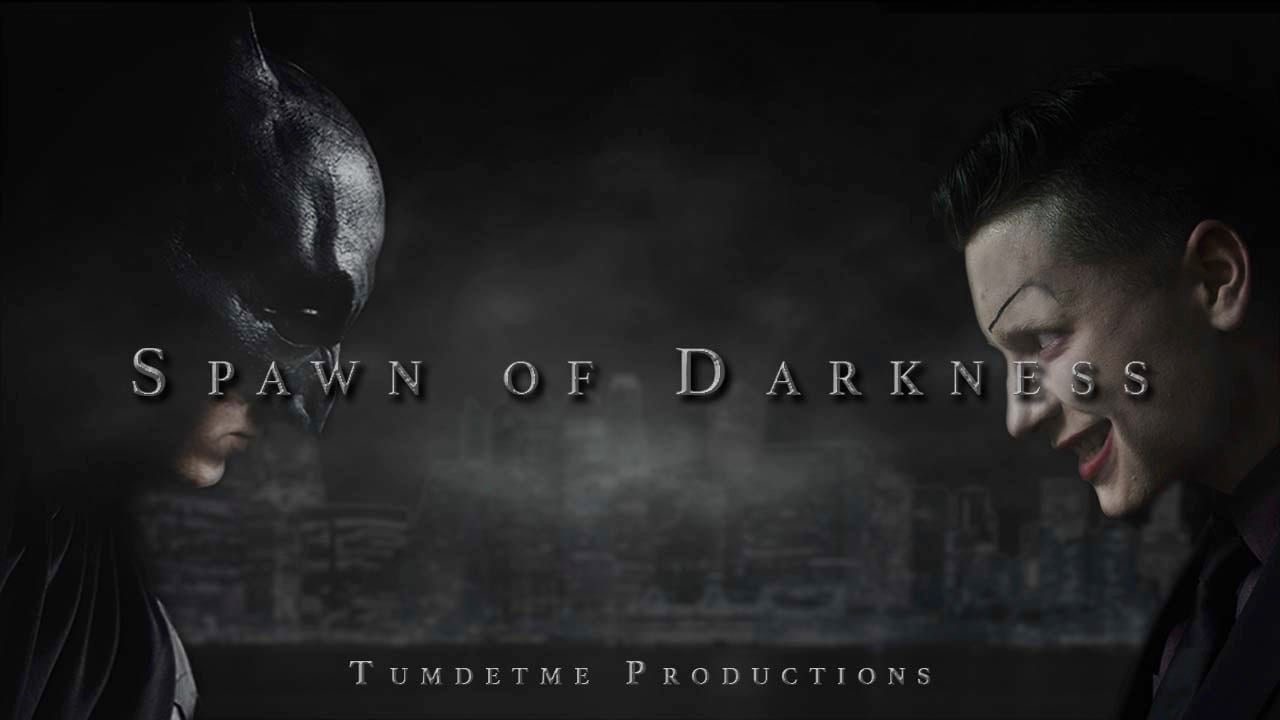 In the mind there are two distinct places: the light and the dark.

In the light, the desired place to be, justice and truth triumph. Of course there is always confusion and greed, but these are not ever as destructive of those in the dark. The darkness is where no one ever dares to be. In here is anger, lust — all of man’s dark desires. Between these two sides is a wall, a barrier between the good and evil, a dark knight. The only thing capable of breaking this wall is the corrupter of all man… insanity.

‘Spawn of Darkness’ is a Tumdetme Production story about the rise of man’s corrupter and the effect it has on the wall. A new and original origin story for the Joker drives the plot of the film as well as Batman’s conquest to truly find his purpose in Gotham City. When the two clash into the diametrical relationship known to the world today due to Batman’s entanglement with the Red Hood Gang, his mission as a savior to Gotham is laid bare.

My name is Aidan Collett, and I am an actor, director, and composer. When writing the ‘Spawn of Darkness’, I knew it had to be something more than a Batman story. After years of watching other fan films, I got bored of their mission — which seemed to be simply to engage in superhero action. None of the stories I saw were coming from a true place of emotion or storytelling. What I strove to do was to first tell a story and then add the Batman characters and my method involves music.

The first thing I do when writing a film is to sit down and deeply consider the music; I compose it myself. With a semi-complete soundtrack in mind, I can then write the film with a persistent tone that reads throughout the plot. Music to me is the true evoker of feelings and has been to man for thousands of years… Why not incorporate it fluidly into this new medium we have called film? In composing the themes for the film, I was sure to make them the driving force behind the characters as well as shed some light into their inner workings. For Joker’s theme (his name is Joker, not THE Joker… my name is Aidan not THE Aidan), I made sure to pull all aspects of sincerity from my original origin to paint a pained and twisted villain. The Batman theme, called Pearls, meets it equally in strength in emotional vigor by creating a sense of boldness and rising.

I want people to see the film and understand it is more than a Batman movie. This is what I told my cast every day and what I told people when trying to promote it. It is a story that so happens to involve the Batman characters. I wanted to show the world the complexity of man through these characters by writing a fresh story, composing some fantastic music, and having a little fun in the process.

The film would not be possible without the amazing cast and crew I was fortunate enough to work with on. John Hager, my co-director and actor; Bubba Canning, my friend and Batman; Anthony Vinci, my stunt coordinator and actor; Bryce Stout, my music producer and friend; and everyone else involved in the cast in crew who helped my vision as an artist come to life. An especially big thanks to my family and parents who I would not be where I am without support from.

‘Spawn of Darkness’ comes out Friday, October 26th at 7 pm on the Tumdetme Production’s YouTube channel.