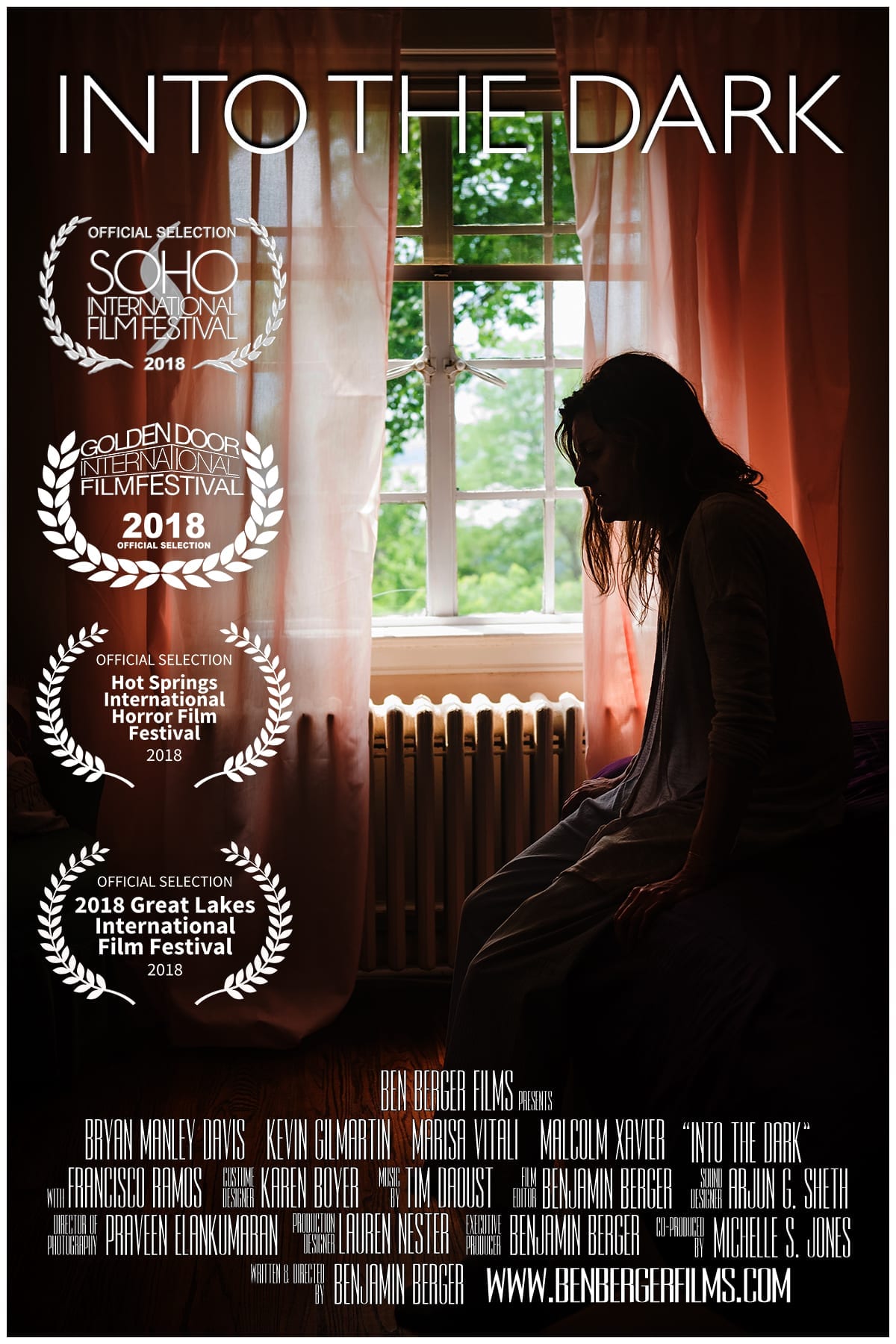 Into the Dark is the latest cinematic concoction from writer/director Benjamin Berger. The film enjoyed its World Premiere this past June at the 9th annual Soho International Film Festival where it garnered a nomination for Best Showcase Short Film and will be screening in three different cities later this September (see below for more information).

Into the Dark tells two concurrent stories in the wake of a widespread viral outbreak that has taken many lives and tainted the natural water. Aaron and his daughter Abby are stranded in their home, quickly running out of food and drinkable water. Aaron clings to faith and optimism, believing that someone will come for them. Meanwhile Abby’s health has begun to decline, and the two of them butt heads more and more each day. Simultaneously, two soldiers are out on the road. Banged up and taking with them only what they can carry, their future is dim. Gabe takes on the responsibility of making the tough decisions. Will they follow through with their mission, whatever that might be? For Justin is way in over his head. Young, green, and recently drafted, he just wants to go home, if they can make it back alive.

This short is a study of human nature in the face of dark, dire circumstances. It explores different survival techniques and approaches to physical and mental self-preservation, and just how far people will go in order to survive, even if that means letting a piece of themselves die.

Benjamin Berger is a big sci-fi geek who was inspired by recent films like Arrival and Ex Machina – films he calls “minimalist sci-fi”. These movies, including Into the Dark, use the genre as a tool to explore something deep and true about the human experience. Something dramatic. It doesn’t put the sci-fi tropes front and center and that is what makes them so good. At their core, they are dramas. That was the challenge when making this film: to make a drama that incorporates some of these elements – an authentic drama that looks and feels like a genre-film. In doing so, the film evolved to also include certain horror elements: body horror, light gore, and even a kind of zombie or monster. The film has been described as a zombie movie without the zombies and at times has the feeling of a show like The Walking Dead, but the focus is always on the characters and their struggle.

This month, Into the Dark will be screening at festivals in three cities. See below for ticketing information:

Check out Benjamin Berger’s website to see more of his work: www.benbergerfilms.com