Due to popular demand, we’re holding another Basics Level 1 makeup course! Makeup is a challenging but crucial part of filmmaking. If you want to get your start, look no further! This course is designed to bring you into the world of makeup in the film industry. No previous knowledge required.

What this workshop will cover:

Students will get to practice the techniques taught during this course using a makeup kit supplied by us. During this hands-on portion the instructor, Kat Kou, will be helping students one-on-one in a classroom rich with creative inspiration. 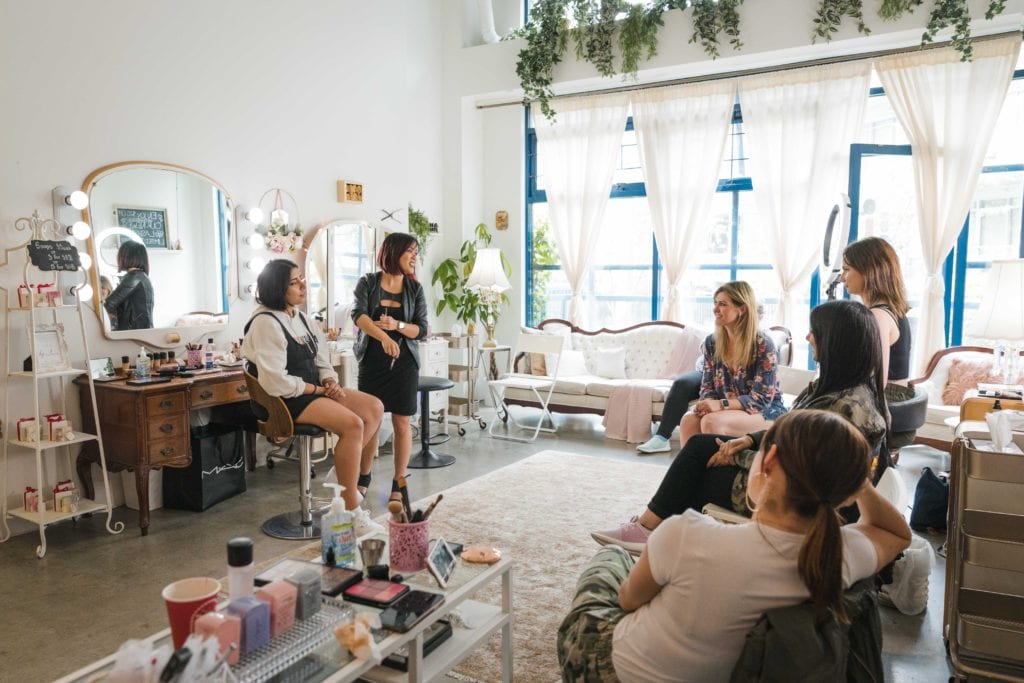 Skillful, passionate and dedicated to her craft, Kat Kou is a Canadian makeup artist with 13 years of experience. From an early age, she displayed a strong creative flair for art and self-expression. Upon completing an education at Blanche Macdonald in 2006, she has worked on a number of cutting edge projects since and continues to thrive today as an artist.

With a strong background in cosmetic retail management, Kat thrived in her previous role with Charlotte Tilbury as a Lead Artist, where she hosted backstage workshops for celebrity-inspired looks. Her previous employers include MAC Cosmetics, Giorgio Armani, and Yves Saint Laurent.

In 2018, Kat stepped down from her role with Charlotte Tilbury to focus on her career in television and film. She has worked on television shows based in Vancouver, such as Riverdale, Altered Carbon, and The Flash.

In addition to her makeup diploma, she also has a certificate in Esthetics and has taken a prosthetics course with Dallas Harvey at Vancouver F/X.

We will supply some snacks, coffee, and water but we encourage you to bring a lunch. There are a couple of cafes nearby if needed.

MAC on Robson has graciously offered all students the opportunity to tour the facility and get hands-on product knowledge from the experts there. In addition, students get a discount on everything in the store.

Photos From Past Workshops

There is free street parking available.